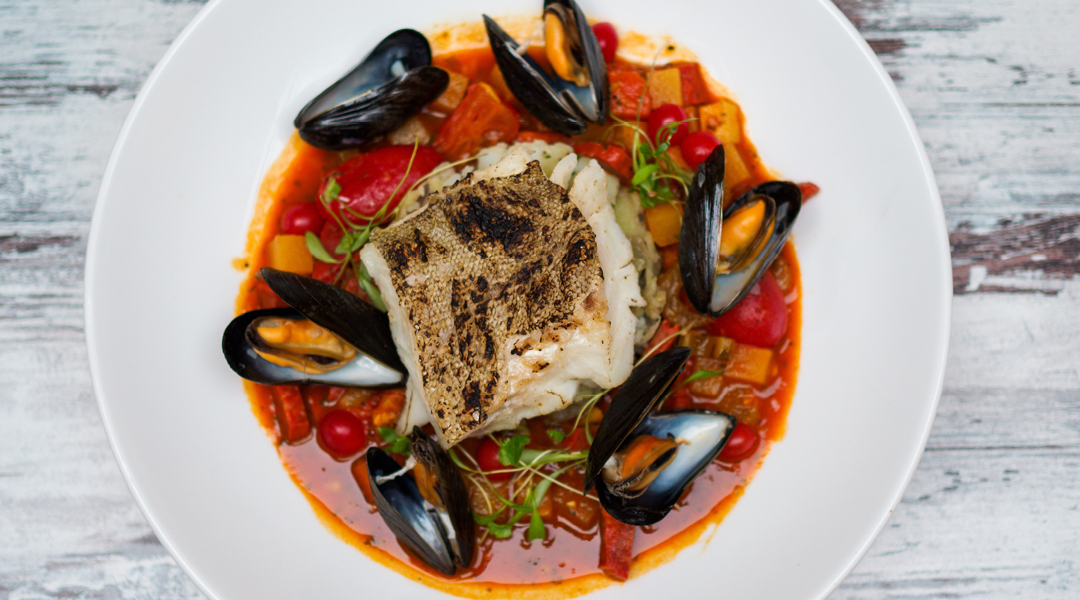 Ok, we’ll admit it, at The Carton we’re rather excited about February! It’s not everyone’s favourite time of the year, but this month we have three reasons to be cheerful: Exmoor Food Fest!

As lovers of fine food, how can we not get excited about this event? The 2020 edition will be even more special of course because this year The Carlton is getting involved for the first time too through our Ilfracombe Brasserie restaurant!

This most excellent of foodie festivals, right on the doorstep in North Devon, is celebrating something of a milestone in 2020 as this will be the fifth Exmoor Food Fest. The event has earned a reputation for turning the spotlight on some of the region’s finest eateries, while at the same time giving foodies in the area, and from beyond, an added incentive to get out there for a taste of Exmoor!

This incentive comes in the form of the Exmoor Food Fest discounts which run for the month and expose the palate to some of the more sublime tastes the area has to offer. The Carlton Hotel, Ilfracombe, is proud to be joining in this festival of food and will be bringing its own special menu components to the party, along with a selection of exclusive Exmoor Food Fest deals.

For the duration of the event, The Brasserie (at The Carlton Hotel) is offering:
*  20% off of all starters, mains and desserts.
*  A special £17.50 dinner menu (1) featuring two courses– available Thursday, Friday & Saturday.
*  15% off accommodation at The Carlton when booked direct

Exmoor Food Fest and the Taste of Exmoor event coincides with the unveiling of The Brasserie’s new website. Open to non-residents since The Carlton was extensively refurbished three years ago, the Brasserie has been gaining enough plaudits of its own that the time has come to emerge from the shadows of the hotel and deliver as a stand-alone dining destination in Ilfracombe.

What sets it apart? From the early days The Carlton has stamped its own distinctive style on the food it serves in its restaurant. The dishes are simple but that simplicity is worn as a badge of honour in the Ilfracombe Brasserie, as it is the food that does all the talking.

The Carlton calls itself a ‘Hotel with Provenance’ and a gaze through the suppliers‘ list tells you just how important local ingredients are for the kitchen team. Free range eggs, locally caught fish, locally reared meat, seasonal vegetables and ingredients all feature heavily on the menu.

The fish you will eat at The Brasserie, in Ilfracombe, will have been caught in the bay and landed by local fishing boats or, in the case of the plump tidal mussels on the menu, plucked from the bed of the Torridge, one of two arterial rivers which flow into the Atlantic via the North Devon coast.

Much of the meat that makes the plate in the Brasserie will have been Exmoor farmed (such as the pork), or at the very least come from a southwest farm with high welfare standards (as is the case with the beef and the lamb).

Meanwhile, the kitchen’s supply of staple vegetables comes from The Great Field, located in the nearby village of Braunton, which has been providing sustenance from its nutritious soil since the ninth century.

With such quality and consistency, simplicity in the kitchen means celebrating the authentic tastes and full flavours of these basic ingredients. While the provenance and local sourcing behind the Brasserie menu ensures the food talks for itself, the stylish lay out and pleasant surroundings of the restaurant itself is another enticement to enjoy a wonderful evening (or lunchtime).

Also worth a mention is the Carlton’s reputation for non-fussy adjustments to menu items in order to accommodate diners with specific diets and allergies.  You know how in some places such requests are received with a with a snooty nose in the air? Well not at The Brasserie, where it is the pleasure of the restaurant to do all it can to ensure that all guests in the restaurant party enjoy their meal.

So that’s the background, now it’s time to jump in and enjoy the Exmoor Food Fest! For more information about Carlton food menus or to book a table for the restaurant email us on dine@ilfracombecarlton.co.uk.